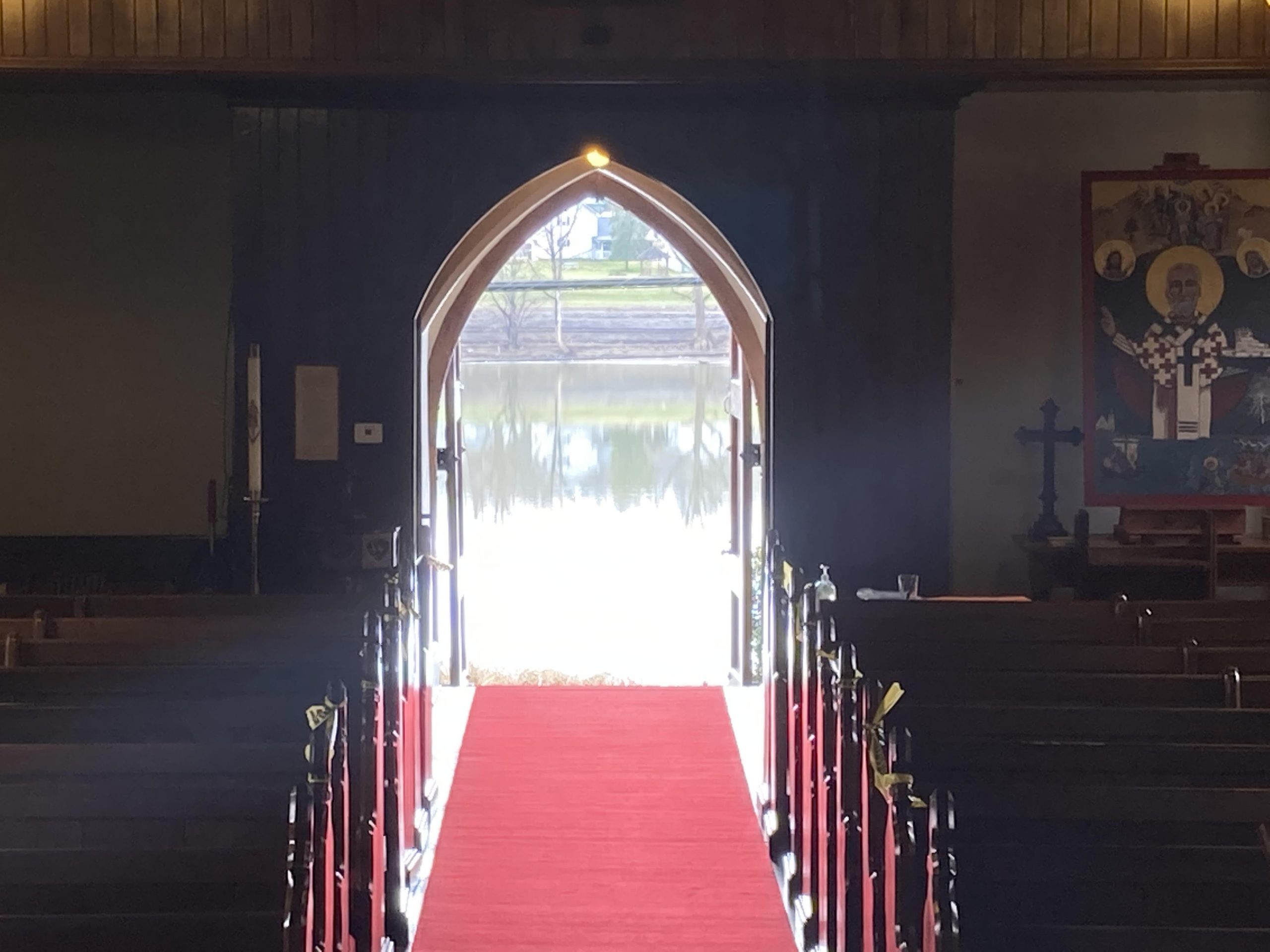 The community of Grace Episcopal is a small family that strives to live out our calling to be servants to others as Christ has taught us, to renew our faith in God and ourselves, and to be good stewards of the gifts God has given us. 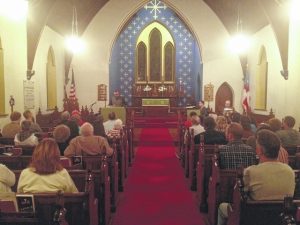 Grace is a parish of The Episcopal Diocese of Southern Ohio. As members of The Episcopal Church, Grace celebrates the Rites of Word and Sacrament as laid down in the Book of Common Prayer (BCP 1979). Most Sundays of the month we celebrate the Rite II Mass (Holy Communion in modern language) with music. On the last Sunday of every month, we keep the ancient practice of Morning Prayer in which we pray for our community and the entire world. 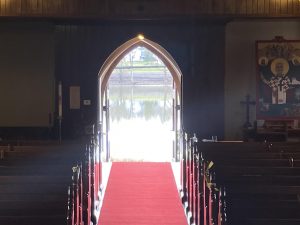 Mission on Land and River

Grace is proud of our regular Shoe ministry and outreach to the community. We love animals and look after a clowder of cats in the pattern of St. Francis who saw God in all of creation. Grace is also a historic Mariner Church. With the doors open to the world, from the altar we can see the Ohio River and all make their living on her waters. 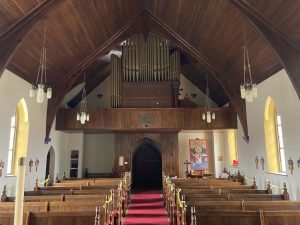 The History of Grace is the history of Pomeroy

On the 21st of March, early Spring in the year 1842, ten pioneers from Massachusetts and Vermont met in the little settlement they had founded on the Ohio River to form an “Episcopal Society.” That settlement was later named Pomeroy, in honor of one of the group, Samuel Wyllis Pomeroy Sr. (1764 – 1841).

The Rev. James B. Goodwin was called to be the first rector of the parish, which was named “Grace Church” in 1844 and met for worship in a frame building at 212 Spring Street. The building is still standing and has long since been converted to a domestic dwelling.

In 1865, while the Rev. C.P. Maples was rector, it was decided to build an enduring stone edifice in which the congregation continues to worship to this day.

The Barkhoff organ was built in Pomeroy and installed at Grace Church in 1905. Following the 1913 flood, the organ was moved to the balcony where it continues to be played today.